The outbox is where sent campaigns sit whilst they're being sent, or if they have been scheduled for sending.

Once all the sends are processed, the campaign moves to the Sent section.

If you are only sending a small campaign, it is doubtful as to whether you will see your campaign on this screen as it will be processed too quickly.

While a campaign is being processed, you can click on the envelope icon under the Status column to pause or cancel your campaign.

If your campaign has already been paused, then you can click the envelope icon to resume it.

The option to pause, cancel or resume your campaign is also available from the More actions dropdown.

To edit the time a campaign is sent, it must first be paused. This can be done in the Outbox tab, where you can click on the envelope icon.

The 'Pause or cancel' window will appear, confirming that the campaign is paused. 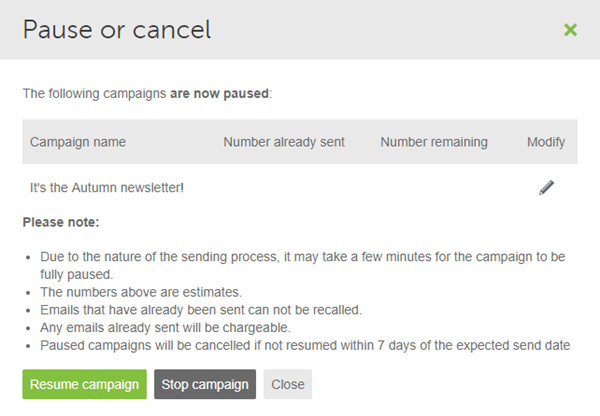 Next, click on the Modify pencil icon, enter the new time for the campaign to be sent and click Change send time. 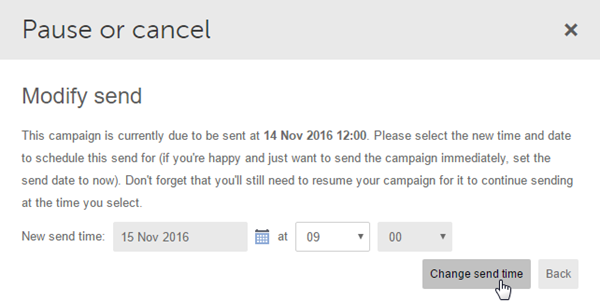 Don't then forget to click Resume campaign in the next window to unpause it.

Some things to note when pausing/cancelling campaigns